This blog has been sitting forgotten in the drafts section for almost 6 months now. I thought it high time it had an airing!!

One thought flashed through my mind as I stood in front of the professor in the corridor listening to Pumplette’s diagnosis. It was, as I scrolled through the life timeline of my good childhood friend who lived with T1, that there would be nothing she couldn’t do that she set her mind to.

I think it was my stubborn belief & determination to make this so that has led to her perhaps taking this to extremes & testing every boundary she can find! But I felt it a sound starting place upon which to inspire & encourage her as she grew. I always wanted to ensure she could frolic in the sun whilst T1 stayed in the shade. Her shadow, yes, but one that she could have a good go at making dance to her tune. Of course, I learnt early on that T1 doesn’t always play fair & adhere to the mythical “rule book”, but it is a philosophy which has ensured, as she grows, new experiences are actively sought out. She doesn’t cower & stick to a routine. She strives forward seeking adventures & revelling in every opportunity.

Recently, she once again performed in the professional touring production of Joseph & his amazing technicolor dreamcoat. There were long days at the theatre, different meal times. Different food. Adrenalin spikes & fatigue. All of these things had an impact on her blood sugars & her management. But she knew these things would test her knowledge. She knew there would be random variables & what’s more, she factored these into her management as she performed. I’m so incredibly proud that at 11, she is already piecing this knowledge together to enable her to cope with a change in routine.

Adapting her management without missing a step is testament to her confidence in her ability to own her T1. Is it as easy as I may sometimes make it appear in this blog? Hell no! But does it mean that her childhood is more in line with that of her siblings & peers? Definitely. And I’m incredibly proud that she has the drive to do that. 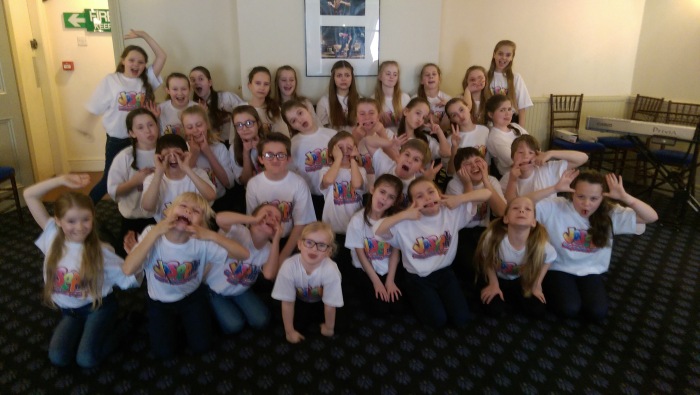